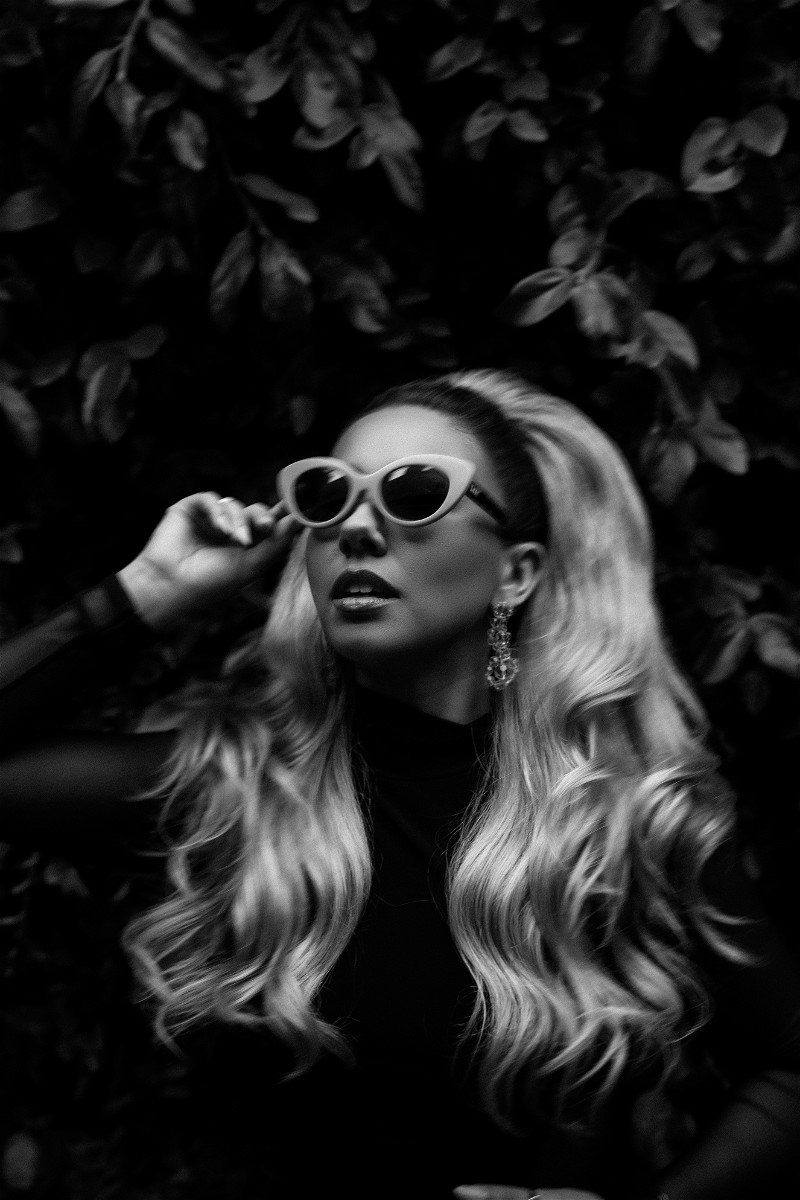 A timeless voice outlasts eras. It feels just as at home in the sixties as it does in the Snapchat age. It also resounds louder as time goes on.

Haley Reinhart brandishes such a voice. However, the expansive scope of her range comes into full focus on her 2019 album Lo-Fi Soul.

In many ways, Haley began working towards this album as a child. Mom and dad shared a band, and, unsurprisingly, their daughter would sing before she could talk. She spent countless hours engaged in rhyming games with her mother or locked into a call-and-response as a baby with her father. Her fascination with all things classic continued as she became a fan of everyone from The Beatles and Led Zeppelin to Janis Joplin and Sly & The Family Stone.

The platinum-certified Chicago-born and Los Angeles-based singer and songwriter exudes an empowering level of charisma and confidence earned by a quiet, decade-long grind. Along the way, her dynamic presence powered three solo albums—Listen Up! [2012], Better [2016], and What’s That Sound? [2017]. Meanwhile, her take on the Elvis Presley classic, “Can’t Help Falling In Love,” received a platinum plaque from the RIAA and generated over 150 million Spotify streams and 70 million YouTube views within three years of its release. As a sought-after talent, she not only regularly collaborates with Post Modern Jukebox, but she also dueted with legendary star Jeff Goldblum on two tracks from the chart-topping jazz standards collection, The Capitol Studios Sessions, and joined him for an unforgettable performance on Jimmy Kimmel LIVE!. In 2019, she continued pushing boundaries by lending her voice to Vicetone’s hit “Something Strange.” Expanding her oeuvre, she even voices a character on the NETFLIX hit F IS For Family.

She finally found a way to incorporate a myriad of influences into her own music on Lo-Fi Soul, gluing it all together with a dash of doo-wop.

“I recently started listening to a lot more fifties music, which has taken a big role in the record,” she goes on. “I listen to AM radio, specifically 1260AM, in L.A.. When I get home, I’ll have these melodies in head and make songs out of them”

With such ideas in mind, she envisioned a new style initially teased by the 2018 single “Don’t Know How To Love You” and crystallized on the 2019 title track “Lo-Fi Soul.” Over tambourine and sparse piano, her nocturnal croon takes hold, “He’s got a lo-fi soul.” Balancing a coo that would raise Marilyn Monroe’s eyebrows and fierce, feline ferocity, she delivers an artistic statement.

“Since I’ve always been told I’m an old soul, I wanted to create a different way of saying that phrase,” she says. “So, I thought of Lo-Fi Soul. It mixes two ideas together. I’m an old soul living in this analog realm where things are tangible, grainy, raw, and sultry.”

The single “Honey, There’s The Door” embodies those qualities. Her gentle intonation rolls towards a bold, brassy, and boisterous refrain punctuated by rich orchestration.

Lyrically, she lays the ground rules for her lover…

“There’s an ‘Old Hollywood’ feeling to the music, but there’s a cheeky and funky flare to the lyrics,” she continues. “It’s very flirtatious and playful, but it also shows my sense of humor. It’s another aspect of my personality. I’m essentially saying, ‘I love you. There are all of these great things about our relationship, but if you don’t treat me right, your ass is out the door’. It goes back to this idea of feminine self-worth and fierce female mentality.”

By showing every side of herself, Haley welcomes a connection that will last on Lo-Fi Soul and extensive touring in 2019 and beyond.

“When you listen to Lo-Fi Soul, I hope you can tap into your sense of self,” she concludes. “I want you to leave feeling totally alive—like you’re living on a new vibration. There are various states of mind. It’s whimsical. It’s dreamy. It’s rock ‘n’ roll. It’s ambient. It’s a rollercoaster, just like me,” she laughs.